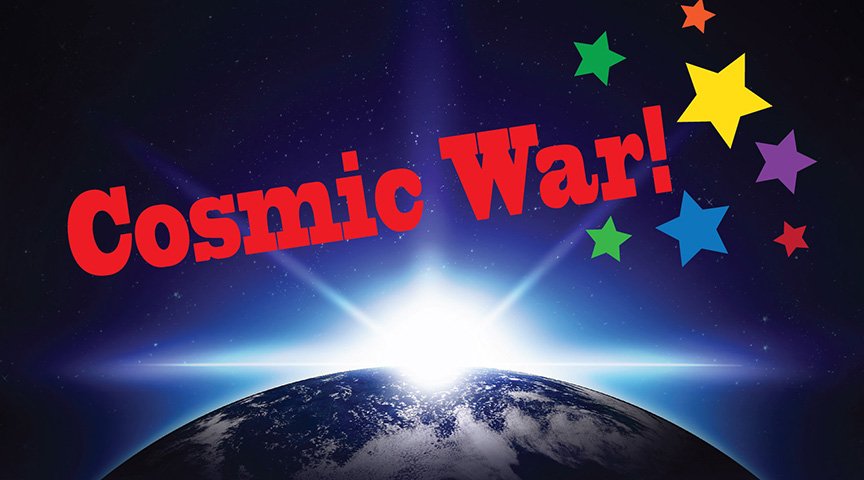 The birth of Jesus Christ changed everything.

Christ’s life, death, and resurrection are the most important events in the history of the world! Jesus made such an impact, that even our calendar is divided into two parts – BC (before Christ’s birth) and AD (after Christ’s death). In the Bible, these events are recorded in Matthew, Mark, Luke, and John.

God’s people had long awaited the promised Messiah, who would be their deliverer. The last recording from a prophet (one who announces the future, as revealed to them by God) was Malachi, the last book of the Old Testament. Four hundred years passed before the birth of Jesus. God was seemingly quiet, but He had a plan.

In the Bible, the birth of Jesus is recorded in Matthew and Luke. The angel, Gabriel, appeared to Mary, a virgin engaged to Joseph. Gabriel told Mary that she had found favor with God and had been chosen to birth God’s only Son, who was to be named Jesus. God’s Spirit would place the Holy baby in her womb.

At that time in history, engaged women who became pregnant could be killed. Yet, Mary was willing to fulfill her God-given purpose. Joseph was prepared to break the engagement, until an angel came to him, reassuring him that Mary was, indeed, still a virgin, and that God had chosen her to bring His Son into the world.

Soon afterward, the Roman Emperor called for a census, requiring people to register in the land of their ancestors, to be counted. Joseph and Mary had a long and difficult journey to Bethlehem, the home of Joseph’s ancestor, King David. They traveled on foot and donkey, for several days.

Upon their arrival in Bethlehem, Mary began to experience birthing pains, but there was no inn available to them. The innkeeper provided a place in his stable, alongside the animals. In those days, stables were more like caves, dark and stinky. Baby Jesus was born in the lowest and most humble of circumstances.

After His birth, Mary wrapped Baby Jesus in cloth and laid Him in a feeding bin, called a manger. That night, an angel appeared to shepherds, who were guarding their sheep nearby. The angel was glowing with the glory of God and the shepherds were terrified. The angel reassured them, with news of the Savior’s birth. Then, a large group of angels appeared, praising God.

The shepherds went to Bethlehem and saw the Savior, just as the angel had told them, lying in a manger. They praised God and told everyone their story. Can you imagine the courage it took for God, who is Holy and has no limits, to remove His power and glory and choose to become imprisoned, by time and space, inside a baby’s body? What a beautiful gift! What a loving God! 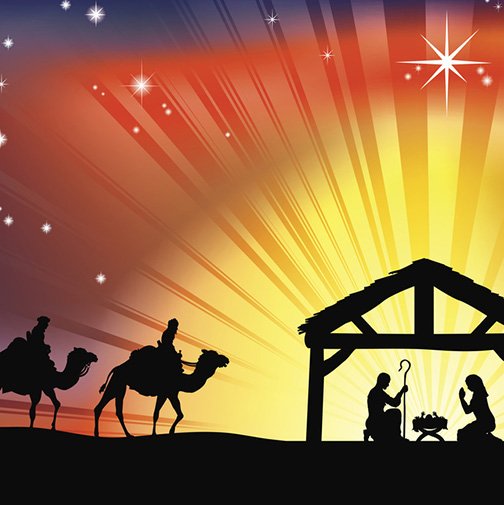 Wise men saw Christ’s star in the night sky and traveled to worship the newborn King. On their way, they met with King Herod, ruler of the Jews, who was deeply disturbed to hear about the birth of a new king. He told them to return, after they found the child, so that he could worship the king, too. But Herod was planning to kill Jesus.

The wise men found Jesus and were filled with joy. They brought Him rare and expensive gifts of gold, frankincense and myrrh (expensive and fragrant resins used in ceremonies and as medicine). Before they left, God warned the wise men not to return to Herod.

After the wise men left, an angel warned Joseph of Herod’s plot and told him to flee with Mary and Jesus to Egypt. They would be refugees, running from their own government. King Herod was furious that the wise men did not return to him, so he sent his soldiers to kill all the baby boys in and around Bethlehem. There was great weeping and mourning. Jesus had entered a world filled with conflict and fear.

In the Bible, we are told of 2 worlds:

One in which we live and one that is an unseen world – a place where angels and demons collide. Revelation 12 tells us about the first Christmas in this unseen world, from Heaven’s point of view. It does not tell us about shepherds or a cruel king, but “it pictures a dragon leading a ferocious struggle in heaven. A woman clothed with the sun and wearing a crown of twelve stars [Israel and its 12 family branches] cries out in pain, as she is about to give birth. Suddenly the enormous red dragon enters the picture, his tail sweeping a third of the stars out of the sky and flinging them to the earth. He crouches hungrily before the woman, anxious to devour her child the moment it is born. At the last second, the infant is snatched away to safety, the woman flees into the desert, and all-out cosmic war begins.” 1

Killing Jesus seemed to be the answer to saving Herod’s kingdom and Satan’s kingdom. However, no one knew God’s plan! By sending His only Son, Jesus, to be born and die on the cross, the penalty for our sin was paid in full. God made a way to be with us forever!

He extends a loving invitation for us to receive Christ’s gift of forgiveness and be part of His eternal kingdom in Heaven, but we must respond to His invitation. In a simple prayer, tell God you believe in Jesus and receive His forgiveness, and invite Him to be your Lord. “No one who meets Jesus ever stays the same.” 2

Won’t you accept His invitation to change you, from the inside out?