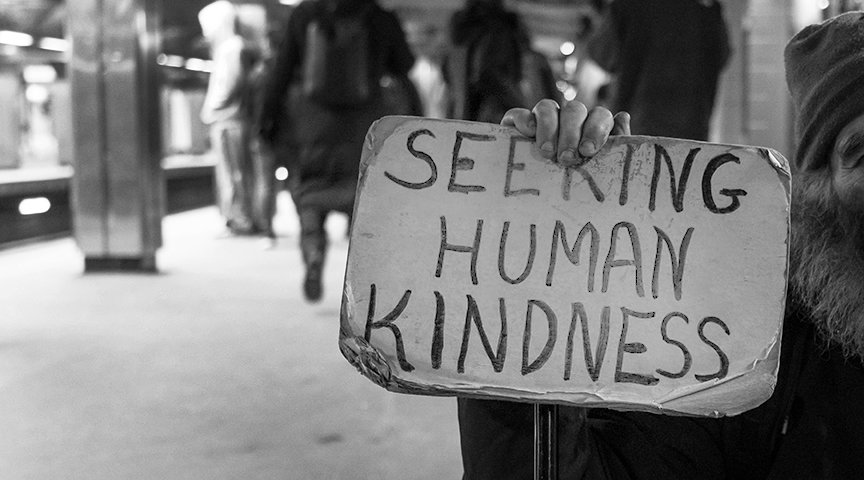 When God gives us “divine appointments,” they are unmistakable. They usually challenge us to step out of our comfort zone and into His hands of grace.

Here’s how He recently reached out to a “missing person” and to me as well:

I combine my love of walking and my love of architecture and construction with routes that feature the newest construction here in metro Phoenix. This past Wednesday took me to the Central and Indian School Road area. It ended up being a divine appointment, God putting me in the right place at the right time.

As I was getting ready to cross the street, a very thin young homeless person approached me, or at least I assumed he was homeless. Somehow that didn’t add up. He had on nice clothes and yet had mud on his hands and shoes. I immediately realized he was way too young to be living on the streets.

He asked me if I knew where the BNO bank was and with his dirty hand pulled a muddy rolled-up check out of his pocket. He handed me the check; I unrolled it and saw that it was from a school in the valley.

It was for $40 and dated November 1st. His name was Quincy.

Immediately the Holy Spirit began to speak to me about this kid and his circumstances, so I began to ask him some questions. He seemed very weak… he limped, and I knew it was too far for him to walk to that bank’s location.

I was about four blocks from my car, but it was still closer than the bank location. I asked Quincy if he had any identification on himself, and he said that he didn’t. Realizing that he would not be able to cash the check, I pulled $6 out of my pocket because I knew that he was hungry.

As I handed him the money, he fell into my arms weeping. He was so appreciative at this very small gesture. I knew I needed to understand his circumstances. I began to ask him questions so that I could better know how to help him.

I knew he needed food as soon as possible, and so we headed to a pizza place near my car. He was very, very thin.

Born to a drug addict mother, Quincy was raised by his dad until the age of five. His dad died from a drug overdose, and since his mother had lost custody, he went to live with his grandparents in Show Low, Arizona.  He spoke very fondly of his grandfather and grandmother. He told me how his grandfather taught him how to hunt and fish; his grandmother was so good to him as well. As he spoke, I realized he had a developmental challenge of some sort, and I assumed that possibly it was from being born to a mother who is addicted to drugs. He had the maturity level of a nine-year-old kid even though he was 16. There was a sweetness and an innocence to his demeanor.

Quincy spoke fondly of his grandparents taking him to church and Sunday School every Sunday, and he said that he believed in Jesus. He asked me if we would we be able to see Jesus when we got to heaven, and he smiled a sweet smile.

His story continued with his grandfather dying from cancer and then his grandmother dying from breast cancer. Quincy was then put into the foster system about four years ago. He was in several group homes and ran away from one because the kids were abusing him, and I could see how easy that would happen because he would be an easy target. Imagine this kid trying to survive on the street. There are so many evil people who would take advantage of him.

Then he shared with me that his current foster parent, a female, got angry at him because he wasn’t cleaning the house well enough; she picked him up and threw him out the back door and onto the concrete. He hurt his back and was bruised. I cannot verify most of his story. But he had blisters on his feet.

This kid said that he walked from Buckeye all the way to Central Phoenix, which could have been as much as 30 miles. Quincy had no money, no ID, nothing but that little check. He said he spent the night in a house that was under construction and that his clothes got wet from going across the fields because he was afraid the police would arrest him.

I could barely say anything to him…on the inside, I was weeping for this kid. I got him a good pizza, and he ate the whole thing. While he was eating, I called a dear friend to see if he could help me find out who could take him, other than the police.

I discovered there is a national organization called Safe Place where children can be dropped off to a QT filling station and some other locations; the Safe Place representatives will come and pick up the children.

I would have adopted Quincy on the spot, but of course that was impossible. Because of his minor status, I knew he needed to get back into the system.

I drove him to the nearest QT gas station and found the manager. The process of finding someone to come and get this teenager took over an hour.

There were calls back and forth.

I’m assuming they were able to verify he was in the foster system. While we waited, we had an enjoyable time talking about his love of hunting and fishing. He said he was an outdoors guy.

Finally, two ladies from the nonprofit organization came over and took him away to a safe house that night—at least that’s what I hope and pray they did. The teen said he had a new case manager who was in Casa Grande, Arizona.

He didn’t know what her name was. He also said he had an aunt who lived in Phoenix, but she is a long-haul truck driver and was on the East Coast.

Quincy thanked me over and over again for being kind to him. I felt an extraordinary presence of God the whole time, and I felt as if he were a very special child to God Almighty.

I wept for hours and barely slept that night thinking about how many children there are in his circumstances.

Quincy could have been your child.

I’ve literally pleaded and begged with God to intervene in his life and get him into a foster home that would be safe and nurturing. Quincy said that when he turns 18, they will help him find a job and move him into a group home for disabled adults.

When Quincy left, he gave me a hug, and I told him that I would see him in heaven—I believe that with all of my heart. In the state of Arizona, there are 14,000 kids in the foster system and only 5,000 families hosting them.

I’m sure there aren’t enough caseworkers to keep up with all of these kids. In 2020, they lost 300 children in the system. I pray that God will help me find a way to volunteer and help these kids.

I also pray that God will find a way for me to help Quincy again. I’ve been learning more about the system.

If you think about it, pray for Quincy. And don’t miss those “divine appointments” when God hands them to you—you don’t want to miss the blessings He will give to others and to you.