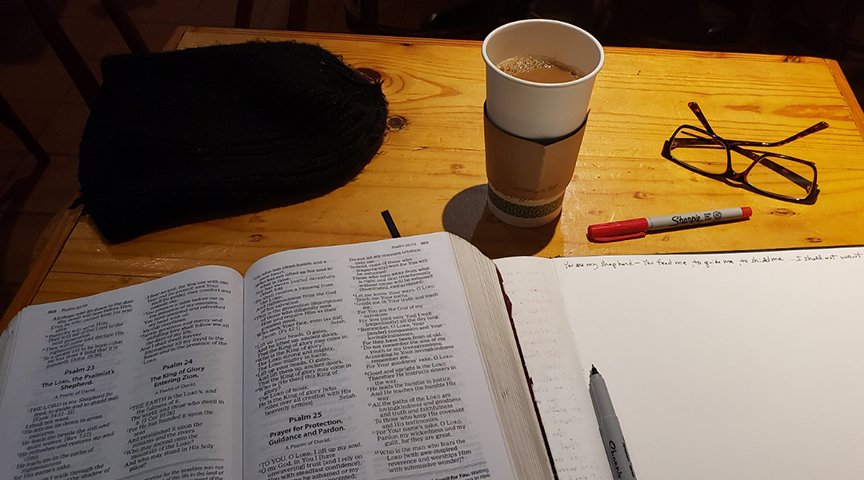 This blog post was written by a friend of mine whom I will leave anonymous.

“Delight yourself in the Lord, and He will give you the desires of your heart.” — Psalms 37:4

How doggedly I pursue joy and pleasure; it drives my choices almost minute by minute.

Things that I do:

These are just “neutral or wholesome” things I do for pleasure.

But I don’t want to consider all of my negative or unwholesome or sinful actions that I pursue for pleasure.

Are the wholesome pleasures and desires that “Psalms 37: 4” promise me if I delight myself in the Lord?

In fact, I think that conclusion is to misunderstand God’s Word here.

I believe my “focus objective” and dogged pursuit should be to pursue God Himself for pleasure.

Perhaps this one area is where I can be completely self-centered and seek personal pleasure while simultaneously obeying God and pleasing Him.

I needn’t even ask if it refers to unwholesome desires.

I expect that as I pursue God doggedly, even without the pursuit of pure or highest motives at the start, that I will over time, become more and more astounded at…

His glory, His love, His mercy, His compassion!

That I will begin to become so righteously enamored with Him that my pursuit for pleasure will become a pursuit of pleasure in Him.

At that moment I will have delighted so much in the Lord that He will have given meet the desires of my heart, which will be sweet, unhindered fellowship with Him.

So, what should I conclude?

I am free to choose, for my own pleasure, to pursue God relentlessly…

…and it will please Him.

Once upon a time, there was a little boy named Randy, who, because of extreme emptiness and loneliness, decided to set up a kingdom to try and fill this empty world.

It seemed like a very dark and kind of scary place, so he decided to fill it up the best he could with various temples and shrines and gardens.

He had a temple to Pleasure; it included all the pleasure of sensuality, sex, fantasy, taste, drink and thus that alter the senses.

He had a temple to Self-Respect; pride, feeling good about one’s self, competition no be better than others and achievement. He set up a temple to Love and that illusive dream of finding another person to fill the void.

There were a number of temples to control, power, happiness, and golden things to fill up his kingdom with. But the gods of the temples were not kind and actually very dangerous.

Randy sat on a broken throne in rags, with a broken crown. The kingdom he built was dark, scary and filled with the stench of death. He blamed all the Kings and Queens that had the same kind of kingdoms around him. He was blind and became more self-deluded.

He lost control of his kingdom, but he continued to lie to himself that “Everything will get better if I just find that magic idol.” 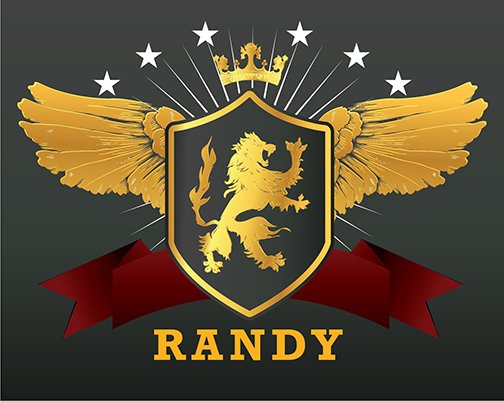 One day a message came from far away that a great King wanted to visit Randy’s kingdom. The emissary from this great King made it very clear that the King had no intention of coming unless He was invited.

It was completely up to Randy. No pressure, no force, no threats. This King did things differently.

Randy thought about it and even though he was fearful, decided to go ahead and extend an invitation. Maybe this King would bring him a present of some sorts, maybe something happy to brighten up the kingdom. Maybe some paint. Maybe a few soldiers to help control things.

Well, the day arrived that the foreign King arrived. He brought with Him his councilor, best described as something like a shining ghost. He could move through objects, and more importantly move through people.

He also brought a host of 10,000 soldiers, which was actually exciting because Randy only had soldiers he had painted on cardboard. He never saw anything like this.

The King was less intimidating than he expected…

…actually very humble and kind with an ever-present smile. Randy knew this King had special powers he didn’t understand.

A tour of the kingdom was requested, and Randy was really scared about the condition of the place. He had no idea how bad it really was until the King and His entourage moved around.

They were filled with light, and the light shone on the crumbling temples and broken idols. He saw filth, sadness and decay. Nothing was as it seemed to him.

One by one, each temple was exposed to the light, and Randy grew more and more alarmed at the true condition of his kingdom. Then, they kindly King brought in a mirror from His Kingdom, and for the first time Randy looked into the mirror.

What he saw brought a bucket of tears, as he had no idea how ugly he was. He was dirty, wounded, bleeding, covered in bruises and sores. He cried, “Oh my God, who could ever save anyone like this?”

He fell to his knees in despair without hope in himself or his broken kingdom. But then, the kindly King lifted him up, held him close and whispered in his ear, “I love you. I can help you heal. May I take over your kingdom?” Randy couldn’t believe his ears.

There was this great King who could create a new kingdom in Randy. He simply said yes. That’s all it took. 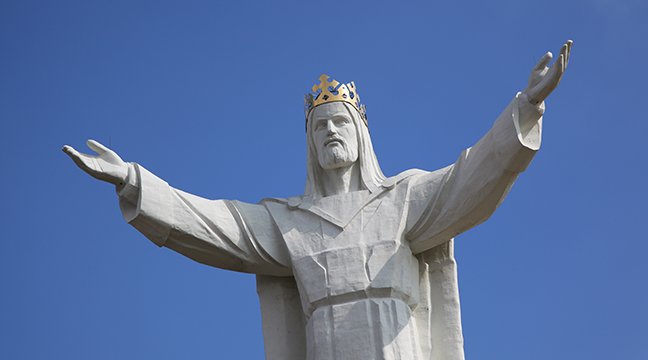 And then the work began. One temple at a time came crashing down.

Great fires burned up the many idols. The King’s water was brought in to irrigate and plants started growing with real fruit unlike any that Randy had ever tasted. Each day the light in the kingdom grew brighter and brighter.

Soon there were adventures as the great King taught Randy about the real truth and how things were run in the His Kingdom. Randy’s healing and training took many years.

He had a tendency to think about the old idols, but the new King would remind him gently about those old things. The King always gave Randy a choice about things. He wasn’t pushy. So Randy grew to see the wisdom in turning it all over to the new King.

Near the latter part of Randy’s life, he discovered he was growing to love his King more and more, even to the point that he couldn’t bear to leave His side.

He was becoming his life total.

The story was shared about what it cost this King to do all of this for him, and to this day, he still ponders a love that causes a many to lay down his life for a friend.

Randy became a friend of King Jesus, his Heavenly Father.