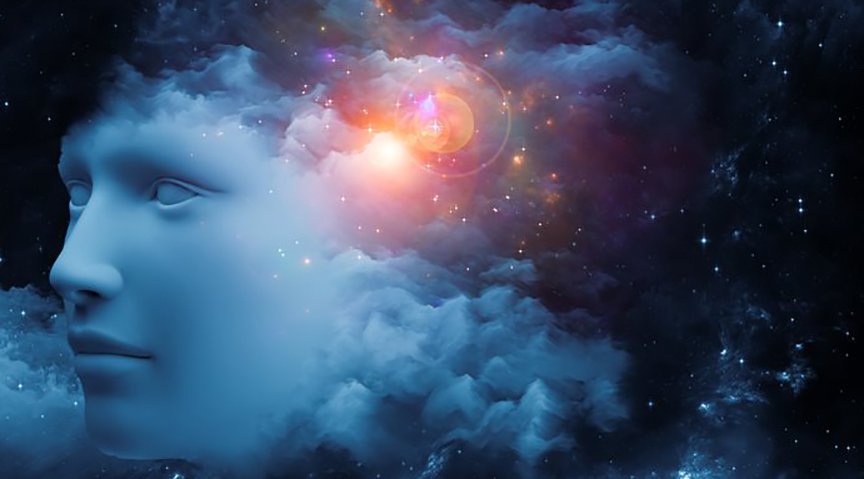 Are we born not believing in God or an intelligent designer of the universe?

Is it something else or a combination of things that come to a head in people’s minds that helps us make that fateful decision?

I am sure many reasons are closely related because it may not be a simple process. Is it an intellectual process or something more profound, like an emotional response that clouds our minds that happened from the past?

This world we live in is a tough place for many people and always has been. Life has been physically hard in past generations, but it has also been brutal to the human psyche.

It still hard for many people in our modern times depending on where you live, but even in the best locations, such in the USA and Europe, the human psyche is still a struggle.

One question that one of the top Christian apologetics, Dr William Lane Greig, at Reasonable Faith, asked: “Is this the best of all possible worlds?”

Considering freewill, it appears that this is the best possible of all worlds.

Why God has decided to make our world this way, becomes more evident as time goes on in human history.

Also, how and why He takes an individual spirit and drops it into a human shell of a body at a particular moment in time and space is an interesting question that only God Himself can answer.

I think it is called Middle Knowledge or Molinism in the apologetic Christian world, meaning only God would have this understanding because He has omniscience.

“First, it is assumed that for an action to be free, it must be determined by the agent performing the action. This means that God cannot will a free creature to act in a particular way and the act still be free.

Free actions must be self-determinative.”

I tend to think it has something to do with our success in this life that we live in.

From God’s point of view, success would be if we connected with Him, at some point in our temporary life span, for the sake of eternity, together, for the both of us.

Is that not what He designed us for in the first place? Spending eternity with Him so we can share His kingdom with Him?

Why else would he create us?

What would be the point from His perspective? 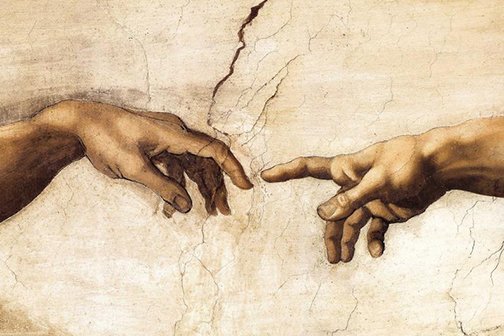 My Battle Was an Emotional One

As for me and my life, I was an atheist until I was thirty years old, so I will come from my perspective and experience.

I have a feeling many people will identify with me.

Being raised Catholic from a German background, I attended Catholic grade school in the late 1950s.

I was a tough kid in that I had specific disabilities that Catholic nuns were not equipped to handle.

Even today, most teachers are not.

They resorted to physical and emotional abuse to get me to function like the rest of the kids in my classroom.

It did not work and only scared me emotionally for many years.

When I came of age to make decisions for myself and my well-being, I jettisoned all belief in God.

The word Jesus Christ was a cuss word to me.

Not only did I discard the Catholic and Christian version of God, but I also dumped the mere thought of an intelligent designer behind the making of the universe itself.

Who needs a powerful being behind the curtain like the Great OZ, when Darwin came up with a perfect solution that proved a god was not needed?

Evolution was my god and how we (all life) came to be in this universe we live in.

It was a done deal, or so I thought. 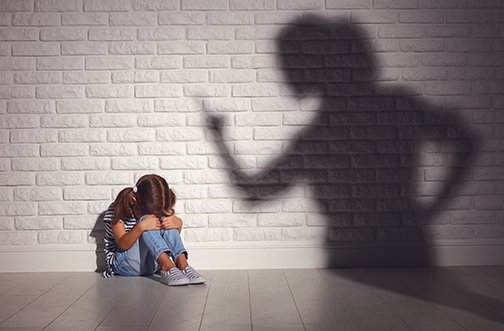 American astronomer Carl Sagan was my intellectual hero. I would follow him and all his books and writings. I looked forward to his programs, especially the one called Cosmos: A Personal Voyage.

When he said we were all just star stuff, it made me feel I was worshipping at the feet of an astrophysicist and a cosmologist icon that had ALL the answers to human origins.

In college, I would attend debates between scientists and atheists versus bible thumpers. I would root for the atheist and think how little understanding the religious bible believing people had on the workings of life around them.

I finished school, got married, started a business, had children. My life came to a stop when my marriage came crashing down. I had a hard soul, and my wife wanted nothing more to do with it any more.

Hard questions were being asked of me from the inside-out because of the pain I was in.

The oldest question that has haunted mankind since the beginning of time, emerged from me.

Is This All There Is?

When we die, is that just the end, and nothing more.

The answers that I got from science did not help at all. The universe became a dark and cold place without any real rhyme or reason.

True meaning was nonexistent. Survival of the fittest was an empty phrase.

God cracked my shell and used the tough things that turned me into this empty atheist into an individual asking more profound questions for the first time in my life.

On a lonely journey, far from those I loved and cared about, God heard my feeble call and answered me.

I had no idea what I was doing when I asked him into my heart the first time. All I knew was I was empty and needed BIG time help, now that I think back on it.

I still had a conflict with science and Christian belief that would take many years to resolve.

I had a hard time resolving evolution and Darwin’s version of how life came to be versus Genesis in the bible.

I knew the Christian worldview answered so many questions about so many things, especially why men are and have been so evil towards each other since the beginning of time, and it was not just survival of the fittest.

I found an organization called Reasons to Believe, led by astronomer Hugh Ross.

For the first time, I ran into Christians that believed that science and religion could live together. 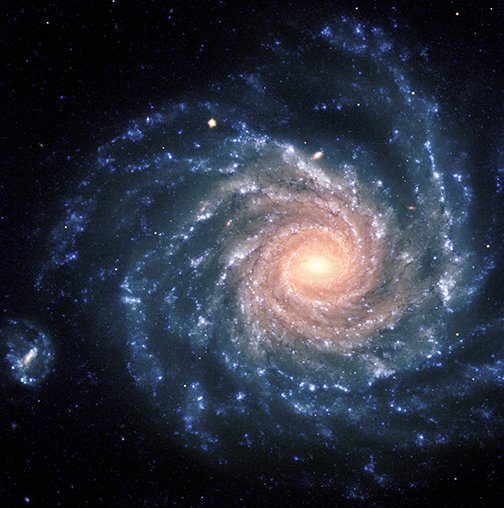 Their subtitle is “Where science and faith converge.”

I joined a local science group that is an offshoot of Reasons to Believe in Phoenix that I attended every month.

Dr. Craig is a philosopher of the highest order and will make you stretch your brain to Christian circles and bonder life to its deepest depths.

He debates many atheists regularly and has left me thinking about what it was that attracted me to being an atheist in the first place.

As I dug deeper into Darwinian evolution theory, I realized there turned out to be many problems with it.

Today, many scientists turn their backs on it because they believe life is too complex to come from an unguided force of nature.

To this day, no scientist has life come from non-life, even in the perfect conditions of any laboratory on our planet.

“Too Complex” are the two words that you hear again and again.

I recently found a website that has over 1,000 scientists in the world today that no longer believe in evolution called A Scientific Dissent From Darwinism.

It shows that even scientists have an ax to grind when it comes to the truth.

Going back to the original question, What Makes an Atheist?

For me, it was not an intellectual search for the truth but an emotional cloud that blinded me from digging deeper into things that I held dear.

My childhood wounds blinded me if you want to know the truth.

When I found God and Jesus in a small church in Oregon, I learned for the first time who Jesus Christ was and not from some abusive nuns with an agenda.

I believe that is what makes most people, young and old, male and female, rich or poor, and atheists. They cannot lean on intellectual arguments because they do not exist.

Only emotional wounds from the past that blind us.

“The heavens declare the glory of God; the skies proclaim the work of His hands.”

I look up in the night sky, and all my old intellectual arguments are laid to waste.

I am what is called an Old Earther, meaning that I am a Christian who believes that the universe is 13.8 billion years old. I have found out that I am not alone, and many Christian scientists believe the same thing.

If you look in Genesis, before the first day was made, the universe was already here. Please read it for yourself.

I believe in the Big Bang or the Cosmological Singularity. Albert Einstein discovered it when he worked on the Theory of Relativity.

If the universe started at one specific point in time, who or what pulled the trigger on the Big Bang?

Genesis says God spoke it ALL into existence. Therefore, He spoke the universe into being at one point in time.

Science did not even know that until the 1930s. 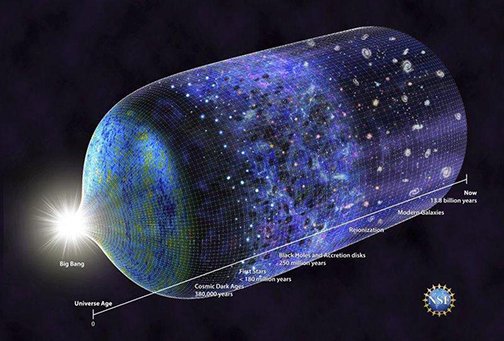 A illustration of what the Big Bang may of looked like over time.

I ask people if they know how big the universe is?

Here is something that will blow your mind.

There are more stars in our Milky Way Galaxy than there are grains of sand on all the beaches on planet earth. The number: 10 to the 15th power.

But, did you know there are more Galaxies in our universe than grains of sand on the beaches on planet earth?  The number: 10 to the 120th power.

Wrap your head around that.

Who is this Intelligent Designer we call God, that could do such a thing?

To be honest with myself, I think I was mad at God for letting me be abused by people that confessed they were followers of Jesus, even though, I would say that I did not believe in Him.

Anger and hate can cause an unstable mind, void of rationality in certain areas of one’s own mind, even in the most rational of people.

You find scientist are like this all the time. They have preconceived beliefs even in the field that they have undertaken.

Albert Einstein was one of these people. When he came up with the Big Bang, he spent a number of years trying to find holes in it because he knew what the implications were.

Who was behind the Big Bang?

It was not until the 1930’s that Edwin Hubble, the great astronomer, invited Einstein out to California for the summer, and proved to him that Einstein’s mathematical equations for the Big Bang where correct when viewing the universe through his telescope.

The universe did start at one specific point in time.

If that is true, who pulled the trigger and got this time and space rolling.

Things do not just pop into being from nothing!

Check out the other blogs I wrote. Life from Non-life. Is it possible?  or Who Made God?